- Reveal the truth about the Queen and get out alive

For the last 2 years you have been planning to steal the queen's crown jewels as you believe that you are the rightful heirs to the throne. You are of the right lineage, your grandfather was Christian the 10th, the king of Denmark.

Your father and Christian the 10's eldest son, Karl Leopold, was chosen to become the king of Denmark since he was the firstborn. But when he was just a young teenager, his younger brother sent him into exile for a crime he had not committed and thus could not become king. But you know the truth and have now chosen to prove that you are the rightful heirs to the throne.
Your family has infiltrated the royal castle with positions such as royal car runners and candlestick makers. And now you're ready. You know where the queen hides the crown that hides the secret. In her personal library at the castle. You know you do not have much time before she and her guards return. Find the crown that reveals the secret and hurry out again before you are arrested and forever locked in the dungeon.

We recommend that players are at least 10 years old when with an adult. 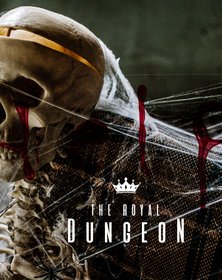 Mystery and horror in the dungeon

The Royal Dungeon is the terminus of traitors, thieves and other criminals. Can you escape before your time runs out and you are forever forgotten? 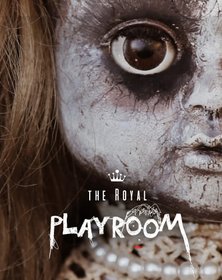 Are you worthy to become the queens royal guards?

For more than a 100 years this room was used by kings and queens to be when they were still children.

But one king to be was robbed off his fate and has haunted the playroom ever since.

Do you want to book for more than 6 people

or play at the same time in the two escape rooms?

Our escape games are designed to hold a maximum of 6 people. Are you more than 6 people and/or want to book both of our games at the same time so you can play up to 12 people, please contact us here